stand out in a world of sameness

"Not only does James' work ethic stand out, but also his achievements with his writing. He has been an effective writer for as many years as I have known him. With James, satisfaction is guaranteed as he ensures that what he delivers is first class and tailored for your requirements.“

“I would have no hesitation in recommending James as a professional writer and an expert in financial services copywriting. He has a huge amount of experience of writing and editing and always adds value to the content that he is working on.  In addition to that I have always found him an ideal person to talk to when you want to brainstorm new ideas. He’s conscientious, reliable and is well used to meeting tight deadlines."
- Tim Graham

Getting to know James Burns

James was born in the north of England and worked hard to get the heck out of there from a very young age.

Not that it was a terrible place; but for a boy who knew from the age of seven that he wanted to be a writer, his home town offered few prospects other than factory jobs or apprenticeships.

He got his wish at the age of 19 with a move to Newcastle and university life, which included a year in Paris, France and Granada, Spain. This began a never-ending love affair with travel and the joy that comes with experiencing new places and different cultures.

Using his ability to understand and relate to people from a wide variety of backgrounds, James moved to the big city of London where he landed a dream job with the Guardian newspaper. He got to work with customers from all over the world and help them to meet their needs by producing effective, persuasive copy.

He got to travel extensively as well, in order to meet those customers and it was when he was on a business trip in South Africa that James had his first near-death experience.

“I was in a car, careering down a hill at about 100 km/h with a set of lights some distance away, turning orange.” James recalls. “The driver, a local colleague, seemed reluctant to come to a stop and actually put her foot down as we approached the intersection.

“As the light turned red, frozen by fear and unable to speak, I closed my eyes and hoped that the other cars about to turn into our path had the foresight to stay the heck out of our way. After a few more seconds and no sudden, violent impact, I dared to open my eyes to discover that we had, somehow, avoided a certainly fatal accident.”

To this day, James has continued to learn and appreciate different cultures and the benefits of knowing your audience. If he had known of South Africans’ laissez-faire attitude towards traffic signals, he would probably not have had a minor heart attack and a desperate, seven-second conversation with his maker.

During his travels, he was able to glean some very helpful local knowledge; always kiss you host four times on the cheeks when in Paris.  Do not kiss your host at all when in Cologne. Be careful when being invited to a “coffee shop” in Amsterdam. And never, ever ask for directions when in Greece. They are far too polite to admit that they haven’t got a clue where you are going and would much rather send you on a wild goat chase than not “help” you.

James’ years of travel opened his eyes to the differences in the world and how beneficial it can be for your business and your health, to know people’s idiosyncrasies.  It also helped him to realize that, no matter where you go, deep down, people are people, which is a great help when dealing with clients from a huge spectrum of backgrounds.

When James moved to Canada, to return to the homeland of his lovely wife, he discovered that he suddenly had a USP that none of the other local writers had; he was British.

And that simple fact of being born in the Queen’s homeland was a distinct advantage to him. People were intrigued when he spoke to them and for whatever dubious reasons, sensed a level of authority in his voice that came purely from his accent. And they remembered him.

James continues to strive to bring about that same advantage of uniqueness to all of his clients, through his writing. To help his customers to stand out, in a world of almost overwhelming sameness, brings them similar rewards; people take notice, they listen to you and they remember you.

And they are far more likely to buy from you. 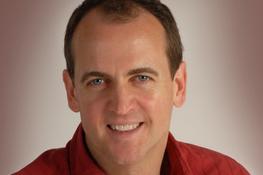